Timothy Kidder was a violinist in the U.S. Air Force Band stationed at Washington, D.C. from 1979 to 1999.  As an NCO, he performed all over the world in a wide variety of ensembles including the Air Force Orchestra, String Orchestra, Strolling Strings, and String Quartet. He has also given many recitals in local venues like the Anderson House in Washington, D.C. and the Lyceum in Alexandria, VA. He occasionally enjoys collaborating with his pianist son Jacob and cellist daughter Joan, both accomplished musicians as well. Currently, he is concertmaster of the Washington Metropolitan Philharmonic as well as a violinist in the Fairfax Symphony Orchestra. Mr. Kidder holds a BM from Jacksonville University and an MM from the Yale University School of Music in violin performance. His principal teachers include Aaron Krosnick, Broadus Erle, and Syoko Aki.

Ms. Ilic is a graduate of the Music Academy of Sarajevo where she studied with David Kamhi, who was a former student of David Oistrakh. She was a member of the Opera Orchestra of Sarajevo, the Sarajevo Philharmonic Orchestra, and the Sarajevo Chamber Orchestra. She has been teaching violin and viola lessons at her private studio for over ten years. She is the principal 2nd violin in the Washington Metropolitan Philharmonic, and also on the faculty at the International School of Music and Columbia Institute of Fine Arts, and formerly with the DC Youth Orchestra. Her dedication in teaching earned her students numerous awards at competitions, auditions, and juries. Ms. Ilic has performed with many orchestras throughout Israel, Italy, former Yugoslavia, France, and U.S. In addition to several awards from string and chamber competitions, she was a recipient of the Fellowship Award for Aspen Music Festival, Aspen Colorado, where she did her studies with Dorothy DeLay, and became a member of Aspen Symphony and Opera Orchestra. 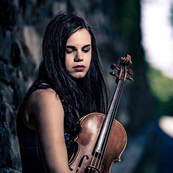 Laura started playing the violin in the 5th Grade Orchestra program for the Onslow County (Eastern NC) public schools in 2001. Around the same time she also started playing the piano. After winning numerous piano competitions and getting into all-state orchestras in three consecutive years she decided to double major in music education and viola performance at East Carolina University. She was asked to switch to the viola because she had experience on the instrument and more violists were needed for the ECU Symphony Orchestra.
Laura has attended music festivals in North Carolina, Wisconsin, and Virginia, and has performed in public masterclasses for distinguished teachers such as Xiao-Dong Wong, Maria Lambros, Hsin-Yun Huang, and Jessica Thompson. Laura has also performed for the Four Seasons Chamber Music Festival, “Next Generation Concert” series, under the direction of Ara Gregorian, for eight consecutive semesters. Her violin and viola teachers include Joseph Walker, Melissa Reardon, and Hye-Jin Kim.
Laura graduated with her Master's Degree in orchestral conducting and studied with Jorge Richter, and studied viola with Hye-Jin Kim. She also graduated with her Bachelor's Degree in Music Education and Viola Performance Magna Cum Laude. She currently teaches elementary strings for the Fairfax County Public Schools and teaches privately in Arlington. Outside of music she is an animal lover, reads lots of books, and is an active runner. She currently resides in Arlington, VA with her tabby cat.

Nathan Graham is currently a student at George Mason University where he is pursuing a Bachelor of Music in Bass Performance. He is studying bass with Glenn Dewey and has previously studied with Barbara Fitzgerald. Mr. Graham has also attended Peabody Bass Works where he studied and attended master classes with Ira Gold, Jeffery Weisner, Tracy Rowell, and Paul DeNola. Mr. Graham has also played in orchestras throughout Northern Virginia including the George Mason Symphony, the American Youth Philharmonic, and the NVCC-Annandale Symphony where he received the Lafayette Jackson Memorial Scholarship.

Ms. Zimmerman-Bell earned her Bachelor of Music degree in Flute Performance and Music Education from the University of Michigan.  She then completed-post graduate work at the Royal Northern College of Music in Manchester, England, where she was a student of Trevor Wye.  While in England, she studied with William Bennett and Geoffrey Gilbert at the International Summer School for Flute.  Upon returning to the states, she continued her studies with Geoffrey Gilbert and was a prizewinner in the Women’s Music Guild Soloist’s Competition.  Ms. Zimmerman-Bell has also studied with or performed in the master classes of Toshiko Kohno, Bonita Boyd and Ransom Wilson.  Her solo performances include five world premieres, two of which were dedicated to her. She has toured as a soloist with the Dresden Chamber Choir of Germany and performed with the Florida Atlantic Symphony, Alexandria Symphony, Washington Chamber Orchestra and Melos Sinfonia among others.  She was a guest speaker on flute pedagogy at the National Flute Association Convention in Washington, D.C.  Currently, Ms. Zimmerman is principal flute of the Washington Metropolitan Philharmonic, freelances in the Washington, DC area, is a flute specialist and adjudicator for local band programs and competitions, and maintains a private flute studio.

Ms. Padilla currently lives in Northern Virginia and works as a software developer for Fors Marsh Group.  She is the principal oboist of the Washington Metropolitan Philharmonic and actively participates in other orchestras and chamber ensembles throughout the region.  She has been featured in local performances of Mozart’s Sinfonia Concertante for Winds and Gabriel’s Oboe.  Previously, Ms. Padilla was a member of the FMF PAC Band, United States Marine Corps.  Ms. Padilla regularly participates in the Baltimore Symphony Orchestra Academy Programs where she studies and performs side-by-side with musicians of the BSO in chamber and orchestral performances.  She has studied with Jane Marvine, BSO and instructor at the Peabody Institute.

Jane Hughes is a native North Carolinian who has decided to put down roots in Northern Virginia. She graduated from Florida State University with a BME and MME, and enjoyed a successful career as an elementary music teacher. Music remains a passion; Jane is currently working for a local defense contractor by day and performing in musical ensembles in her non-work hours. 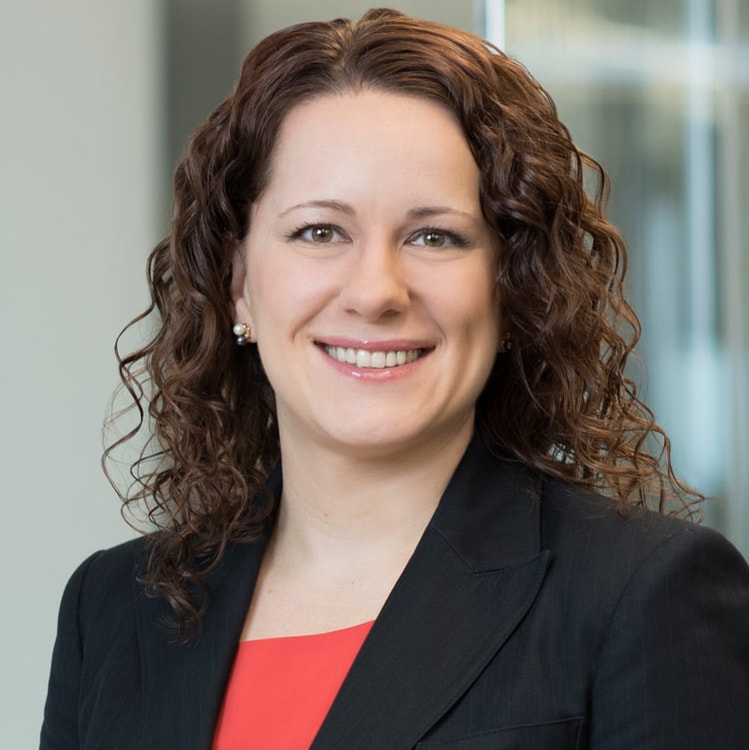 Brittany Pemberton is a native of Ohio, where she discovered her love of music as a member of the historic Squire's Junior Military Band throughout middle school and high school.  Brittany holds a Bachelor of Music in clarinet performance from the University of Cincinnati's College-Conservatory of Music, where her principal teacher was Ron deKant and where she also studied bass clarinet with Ron Aufmann. She later earned a Master of Music degree in clarinet performance from James Madison University, studying with Dr. Janice Minor.  Brittany has also studied with Dr. Dennis Nygren (Kent State University, retired), Larry Passin (Barcelona Symphony Orchestra), and Steve Cohen (Brevard Music Festival).  Brittany is an active participant in orchestral and chamber music circles in the Washington, DC area.  By day, she practices environmental law with a Texas-based law firm where she focuses on issues related to air quality, clean air and climate policy, and administrative law. 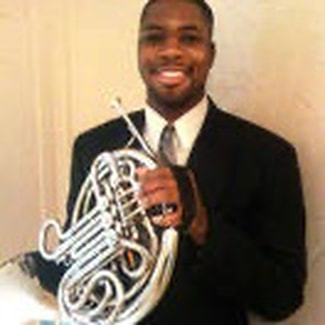 Bernard Baiden is a native of northern Virginia and holds a Bachelor of Music Education from West Virginia University. He was the 100th anniversary drum major in 2001 for The Pride of West Virginia. In 2004, he started teaching in Fairfax County Public Schools and served as a band director for grades 4 thru 12 until 2014.

Currently, he is a member of the Pro Arté Chamber Orchestra, The Capital Wind Symphony, The Floris and Potomac United Methodist Churches, and now principal horn of the Washington Metropolitan Philharmonic. Along with pursuing a career in performance, he has an active horn studio and works at the Foxes Music Company.

Brett Lemley grew up in Torrance, California.  He has earned a Bachelor's degree in Music Education from George Mason University, and a Master's degree in Jazz Studies from the University of Maryland.  His teachers and mentors have included Dr. Dennis Edelbrock, Dr. Donald Byrd, Chris Vadala, Chris Gekker, Graham Breedlove, and Allen Vizzutti.  Brett's musical approach is one that reflects his idea that all the boundaries we draw in music are artificial.  Having spent time as a piccolo trumpet specialist, ska band trumpeter, traditional jazz musician, symphony principal, and lead player with the Tom Cunningham Orchestra, the guiding principle has always been to keep things interesting and challenging. Brett also maintains an extensive private studio of young brass players from trumpet to tuba, many of whom occupy the top positions in their school bands.

Principal Tuba Karl Hovey began his musical studies in the public schools of Irving, Texas. His education continued with Bachelor and Masters degrees from the University of North Texas, and culminated in a Doctor of Musical Arts degree from Catholic University. He has performed with the Fort Worth Symphony Orchestra, the San Antonio Symphony, the Dallas and Fort Worth Ballet, the Dallas Lyric and San Francisco Opera Orchestras, many of the Washington D.C.-area orchestras, and was Principal Tuba of the Charleston and Shreveport Symphonies. After a long career, Mr. Hovey retired as Principal Tuba of the United States Navy Band in 2013. Mr. Hovey has been featured at several local and international music conferences, and he maintains an active teaching studio. He was a Teaching Assistant at the University of North Texas, a professor at Stephen F. Austin University, and is currently an instructor at the Catholic University of America.

Heidi Sturniolo is a graduate of The Cleveland Institute of Music where she earned her Master of Music in Harp Performance.  She also holds a Bachelor of Music from the University of Michigan School of Music.  Ms. Sturniolo is an active performer both as a recitalist and orchestral player.  She has appeared as a soloist with the Washington Metropolitan Philharmonic Orchestra, the Manassas Symphony and the University of Michigan Symphony Orchestra and has performed with numerous ensembles throughout the country.  She also participates in many recital series in both Michigan and Maryland.  In 2010 she was the guest recitalist for the West Michigan Chapter of the American Harp Society.  In addition to performing Ms. Sturniolo also teaches harp lessons and writes regularly for the “Harp Column,” a nation-wide harp magazine.  Ms. Sturniolo is a native of Grand Rapids, Michigan and currently resides in the D.C.-Baltimore area with her husband and children.

Stephen Bertino h﻿olds a Doctor of Music degree in piano from Indiana University Jacobs School of Music.  Past teachers include Vladimir Feltsman, Frina Arschanska, Kenwyn Boldt, Michel Block and Edmund Battersby.  Previous WMP seasons have featured Stephen in concerti by Antonin Dvorák and John Ireland.  His most recent concerto appearance was this past February to a standing-room-only audience with the NIH Symphony.  Stephen is Principal Keyboardist of WMP. He is also Principal Accompanist of the Bethesda Summer Music Festival where each year he accompanies young professional singers in semi-staged performances of entire operas and musicals arranged for piano quintet and synthesizer. Stephen lives in Stafford County, VA and teaches piano privately throughout the DC area. He can be reached at sbertino@indiana.edu.

Bruce Davies is currently Principal Timpanist with the Washington Metropolitan Philharmonic Orchestra and also serves as Principal Percussionist with the Avanti Orchestra. Originally from New Jersey, Bruce spent his summers at the Interlochen Center for the Arts in Michigan and later attended the Shepherd School of Music at Rice University in Houston, Texas. Bruce has worked as a percussionist with the North Carolina Symphony Orchestra under Music Director John Gosling, and also performed under the batons of Sergiu Comissiona, Fred Fennell, William D. Revelli, Karel Husa, and James Conlon. 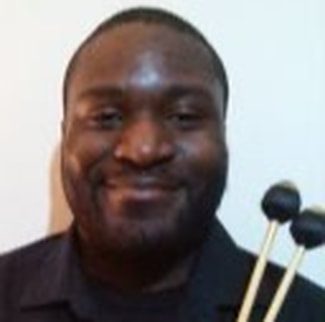 Mr. Younge holds a Bachelor of Arts degree in Music Education from Howard University, where he received the prestigious Avedis Zildjian scholarship for outstanding performance in percussion. Since his graduation, he has performed with many groups in the Washington DC area including the Prince George's Philharmonic, Trinity Chamber Orchestra, Victorian Lyric Opera Company, Avanti Orchestra, American Festival Pops Orchestra, Piedmont Symphony Orchestra, Brass of the Potomac, Virginia Grand Military Band and the Arlington Concert Band. He has also appeared as a soloist with the American Balalaika Symphony. Currently, he is pursuing his Master's in Percussion at George Mason University.